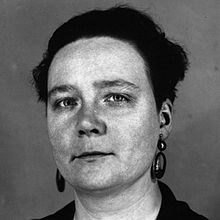 I appreciate a man who not only is a fan of Dorothy Sayers’s essays on work, but also read all the Lord Peter Wimsey novels with his wife during their first year of marriage. This is Steve Garber, of the Washington Institute for Faith, Vocation, and Culture, blogging on the institute’s website:

As we talked, my friend the businessman-become-farmer asked me if I had ever read Why Work? by Dorothy Sayers. I have, and think it is as a good a statement about work as anyone has written. And I smiled, telling him that Meg and I had read aloud all her Lord Peter Wimsey novels the first year we were married. She is a favorite for many reasons.

The following is a short bit from her work on work, written in the years following World War II—but surprisingly prescient, seeing into our future, even into this past week as Europe’s economies are struggling to stay alive.

“It may well seem to you – as it does to some of my acquaintances – that I have a sort of obsession about this business of the right attitude to work. But I do insist upon it, because it seems to me that what becomes of civilization after this war is going to depend enormously on our being able to effect this revolution in our ideas about work. Unless we do change our whole way of thought about work, I do not think we shall ever escape from the appalling squirrel cage of economic confusion in which we have been madly turning for the last three centuries or so, the cage in which we landed ourselves by acquiescing in a social system based upon Envy and Avarice.

“A society in which consumption has to be artificially stimulated in order to keep production going is a society founded on trash and waste, and such a society is a house built upon sand.”

The whole article is here.