C S Lewis the philosopher and the medieval passion for theology 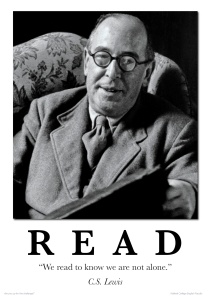 As promised, here’s the first of a series of clips from my book-in-progress, Getting Medieval with C. S. Lewis. This and all subsequent clips are absolutely DRAFTS of material that will undergo many changes before the book comes out. If you would like to point out errors or push back on arguments, please feel free! Also, if you would like to tell me I’m brilliant and everybody in the world should read my book, feel free to tell me that too!

The following is from the introductory section of the chapter on the medieval passion for applying their reason to understanding the things of God – that is, their passion for doing theology.

C. S. Lewis was not a professional philosopher (though that was his first love and career intention, before he got redirected into literature), but he was well prepared by his early and exceptionally thorough tutelage in the Classics and dialectic under Kirkpatrick to pursue philosophical study with passion – not as the mastering of abstractions, but as the key to the good life. From those early studies through his “Greats” philosophy study at Oxford to his first teaching job there, which was also in philosophy, Lewis chose to “follow the guidance of reason and perform numerous spiritual exercises, such as reading, meditating on literary images, prayer, chapel attendance and so on, in a genuine attempt to live according to what he thought was true; as he said, ‘I [was] trying to find out truth.’”[1]

After his conversion, Lewis followed up this traditional training and personal discipline, by reading the church fathers and medieval theologians and spiritual writers. A self-described “dinosaur,” Lewis the Christian came to see in logical positivism and other modern trends in philosophy a kind of inhuman abstraction that emptied humanity of personality and imagination. He tried concertedly (as we have seen in the Tradition chapter) to help his audiences think both rigorously and imaginatively along with the best ancient and medieval thinkers. Out of his appreciation even for scholastic theology, and certainly for the spiritual theology of people like Julian, Hilton, and a Kempis, he sought not only to bring that great tradition alive again for his contemporaries, but also, importantly, to help them rediscover what it is like to think within that tradition, as he already did.

Among the many understandings Lewis owed to the medievals was the insight that our reason is a great privilege and gift from our Father. Like Abelard and the other scholastics, he understood that “human reason, the greatest of God’s gifts to humankind, was given to us to be used, and to refuse to use it is blasphemous.”[2] Once we have that fact firm in our minds, Lewis knew, one of the first and best things to do with that gift of reason is to turn it on the “things of God,” through the wise study, absorption, and living of Scripture and the historic doctrines of the church. First and always a philosopher, Lewis saw all philosophy – and a fortiori Christian philosophy, which is to say, theology – as not an obscure or dry study but indeed a way of life.[3]

In his highly selective and structured spiritual autobiography, Surprised by Joy, Lewis described this holistic understanding of philosophy as hard-won in his own life. In a key incident he relates from early in his Oxford career, while lunching with fellow don Owen Barfield and a student named Griffiths, Lewis happened to refer to philosophy as a “subject.” Right away, Barfield snapped back, “‘It wasn’t a subject to Plato. It was a way.’”[4] In other words, the pagan philosophers’ contemplative quest—which would be taken up by Christian philosophers of the second century and passed from hand to hand down through the medieval era and into the modern—was anything but coldly intellectual. Intellectual, yes. But characterized by desire, yearning, even passion—a passion for meaning; a passion to see God. And always focused on the telos of living a better life.

In the service of showing how his own movement from atheism to Christianity was a process mediated through this dawning awareness of “the Great Tradition,” overcoming his own attempts to set aside his imagination and indeed his heart (which had long since been captivated by the quest for “joy”) and to apply severe logic, Lewis frames this rejoinder from Barfield as something of a revelation to him. Barfield himself, however, found Lewis’s characterization of his young atheist self as an intellectual dilettante, a chopper of metaphysical logic, to be “pure applesauce.” His friend Lewis, Barfield insisted, was “constitutionally incapable of treating philosophy as a merely academic exercise.” Indeed, ever since he had met him, he had found Lewis to be one who “could not help trying to live by what he thought.”[5]

This translated directly into the Oxford don’s academic life from the beginning, as in his first year as teacher, in his mid-twenties, in a one-year philosophy position at University College, Oxford, he taught on “moral goodness.”[6]

It should be no surprise, then, that this young professor’s path to faith was a philosophical one. He tended to describe this process as a philosophical journey: “I gave up Christianity at about fourteen. Came back to it when getting on for thirty. Not an emotional conversion: almost purely philosophical.”[7] When asked about his conversion, he replied to one of his hundreds of correspondents, ‘My own history was so mixed up with technical philosophy as to be useless to the general [public],’[8] and to another who pressed him to tell his conversion story to the public, ‘The details of my own conversion were so technically philosophical on one side, and so intimate on the other that they can’t be used in the way you suggest.’[9]

Not surprisingly, Lewis’s sense of the specialized, technical, intellectual nature of his quest led him to downplay that side of his conversion in Surprised by Joy; but those interested in that fuller, philosophical story can refer to his earlier semi-autobiographical work, The Pilgrim’s Regress. In the preface to the third edition of that work, he summarized his journey: “On the intellectual side my own progress had been from “popular realism” to Philosophical Idealism; from Idealism to Pantheism; from Pantheism to Theism; and from Theism to Christianity.”[10]

And from the beginning of the Pilgrim’s Regress, we read of the sort of intellectual quest characteristic—especially in the late ancient and medieval years of Christianity’s maturing—of educated seekers. On the book’s first page, Lewis quotes perhaps the greatest of the classical philosophers, Plato, and then Plato’s greatest late-ancient translator and interpreter, Boethius:

“This every soul seeketh and for the sake of this doth all her actions, having an inkling that it is; but what it is she cannot sufficiently discern, and she knoweth not her way, and concerning this she hath no constant assurance as she hath of other things.” (Plato)

“Whose souls, albeit in a cloudy memory, yet seek back their good, but, like drunk men, know not the road home.” (Boethius)

I note the use of the term “inkling” in the first quotation – a foreshadowing of the name Lewis gave to his group of (largely) Christian literary compadres at Oxford? This would cast a particularly philosophical light on the activities of that group, who provided for Lewis what he once called “the cut and parry of prolonged, fierce, masculine argument and ‘the rigour of the game’.”[11]

That his quest was truly philosophical, Lewis indicated in the essay “Cross-Examination,” in which he asserted, “[I]n our Western civilization we are obligated both morally and intellectually to come to grips with Jesus Christ; if we refuse to do so we are guilty of being bad philosophers and bad thinkers.”[12] Adam Barkman glosses this assertion as follows: “Lewis only endorsed Christianity because he thought it true – or, in other words, since Lewis came to Christianity out of obedience to reason (from which faith later followed) – I would maintain that Lewis was on a philosophical journey from theism to Christianity, and as such he (much like Justin Martyr) explicitly or implicitly understood Christianity to be a philosophy.” (53)

[3] “In regard to the purpose of philosophy, L insisted that philosophy is the transformation of life and not merely an academic exercise. In this respect he is in agreement with the philosophers of antiquity, starting with Socrates, who understood philosophy to be ‘a method of spiritual progress which demanded a radical conversion and transformation of the individual’s way of being.’[n. 27: Pierre Hadot, Philosophy as a Way of Life: Spiritual Exercises from Socrates to Foucault, ed. Arnold I. Davidson, trans. Michael Chase (Oxford: Blackwell, 1995), 265.] Moreover, L agreed with such philosophers that the truly philosophical life will utilize not only reason, but also the imagination and other faculties of the soul to probe physical, metaphysical and mythological reality for answers as to how one ought to live.” Adam Barkman, C S Lewis and Philosophy as a Way of Life, 5. See Habermas and Walls, C.S. Lewis as Philosopher: Truth, Goodness and Beauty, especially the section on truth.

[12]  C. S. Lewis, ‘Cross-Examination,’ in C. S. Lewis: Essay Collection & Other Short Pieces, ed. Lesley Walmsley (1963 essay reprint; London: HarperCollins, 2000), 557. Thanks to Adam Barkman, C. S. Lewis and Philosophy as a Way of Life, for this and the previous two citations. Barkman feels that this outline of Lewis’s philosophical journey toward Christianity is a good basic guide, but needs to be nuanced in six ways—and he sets about providing those nuances. The book is an excellent one, well-regarded by those of philosophical bent who are interested in Lewis. I recommend it for such folks.