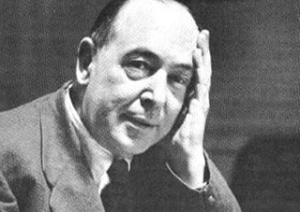 Here is the first bit of the conclusion of the “compassionate ministry” chapter draft from Getting Medieval with C S Lewis (the second part is here). Here Lewis helps us see the breadth and spiritual dimension of the classical medieval virtue of mercy:

How can we benefit today from this consistent though evolving medieval witness to compassionate charity through healthcare? For one thing, I believe we can see in that witness a clear reminder of the supreme role of mercy in living out the gospel. Lewis, who knew the tradition well, insisted that “if one virtue must be cultivated at the expense of all the rest, none has a higher claim than mercy.”[1] He understood, of course, the teaching of the scholastics that mercy both is and is not Christianity’s highest virtue. It is not the highest virtue, as Aquinas taught, because the theological virtue of caritas, love for God, must be counted greater, since its object (God) is greater than that of mercy (humans). But as far as “external works” are concerned, we know that “the sum total of the Christian religion consists in mercy.”[2]

This puts individual acts of mercy in the right context: they are agape, caritas, made concrete through action. “Agape in action,” as Lewis put it in a letter to a Mrs. Ashton, who has taken in a poor illegitimate child to her household. “Charity,” he wrote to her, “means love. It is called Agape in the New Testament,” which is the kind of love that “God has for us,” which is “all giving, not getting.”  As the word was used by the medievals: not just throwing a few dollars at a problem—though giving money can be one kind of charity—but actualizing one’s love, which is why “to give time and toil is far better and (for most of us) harder.”

The unfortunate history of the word “charity” actually illustrates the breaking of this holism between acts of mercy (social ethics) and Christian love (personal ethics, character). Charity started as a theological virtue with social ramifications. It has become now a purely social activity that anyone can achieve or practice no matter their relationship or lack thereof with the Creator and Redeemer God. So in our post-Christian society we still speak freely of “charity,” but we measure it in dollars and donations. Corporations use the term of that one to two percent of profits they set aside for helping activities to generate good will in the community—sometimes quite duplicitously, even as they are purveying products or services that are damaging – that only extract value and do not help humans to flourish. This is I think, forgive the term, a bastardization of the traditional Christian understanding (certainly the medieval one) of what charity meant. It was agape, pure and simple.

There are hints scattered throughout his writings (and more crucially, in his life, as we will see) of how important Lewis took compassion and mercy to be in the life of the Christian. And when we find him talking about it, his reflections often have a distinctively medieval flavor. For example, in the Problem of Pain, while he admitted that suffering is not a good in itself, it could work a tremendous good for the suffer by leading them to submit to the will of God, and it could also work a good in those who witnessed it, in the form of “the compassion aroused and the acts of mercy to which it leads.” (PP 110)

As we’ve seen, Lewis, like the medievals, grounded his understanding of compassion and mercy in Christ. In a letter to an American invalid lady, he affirmed that “Our Lord suffers in all the suffering of His people (see Acts 9:6)”—a principle we’ve examined in the “affective devotion chapter.” We see the same principle in the story of Lazarus that Lewis used in addressing the sisters of Lourdes Hospital: that scene of Jesus weeping at his friend’s death before raising him was in fact quite commonly to be found painted on the walls of medieval leper hospitals, leading to the common term for the leprosaria: “lazarettos.”

Understanding this, Lewis did not stop with mere understanding – nor can we. To the same American lady he observed in a letter that the New Testament—in particular 2 Corinthians, contains much about prayer for others who are suffering. Two months later, responding to a letter from her which clearly tells of some bad medical news she has had, he signs off: “I shall pray for you whenever I wake in the night . . . Yours, Jack Lewis.”

This demonstrates one of the two primary ways Lewis acted out agape, charity, in his life: the tireless correspondence he carried out in the key of spiritual counsel. His friend Owen Barfield writes that people “wrote to him from all over the world with their personal religious or moral problems. And I doubt if any of them . . . went without a reply.” Consider that Lewis, as Barfield testified, did not like writing letters, considering them an interruption to his “real work” of reading and writing books. Yet he got into these long, pastoral exchanges with people he had never met. After Lewis’s death, the invalid lady in America to whom he was writing sent Barfield a box of over a hundred letters he had written to her in his own last years. And she was only one of many who benefited from his spiritual counsel.

We should not doubt that the medievals would have seen this sort of activity as just as truly an actualization of agape in mercy as caring for the physically sick. In fact, there was a parallel medieval tradition to the seven works of corporal mercy called the seven works of spiritual mercy. Those were to instruct the ignorant, counsel the doubtful, admonish sinners, bear wrongs patiently, forgive offences willingly, comfort the afflicted, and pray for the living and the dead. Lewis spent much of his life doing these sorts of things.