C S Lewis on desire as the road to God 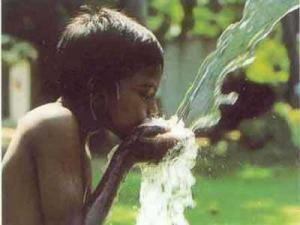 This is the last bit on Lewis and desire in the “affective devotion” chapter of my Getting Medieval with C S Lewis:

Lewis was not idiosyncratic among 20th-century Christian imaginative writers on this matter of desire’s role in bringing us to the gospel. Lewis’s close friend Charles Williams was captivated by Dante Alighieri’s belief that he had been led to salvation by a young woman with whom he had become infatuated with when he was a boy. From Dante’s vision of Beatrice, Williams elaborated a “romantic theology.” A key Christian influence on Lewis, G. K. Chesterton, discovered a similar romantic dynamic in the life of “God’s troubadour,” Francis of Assisi. Each of these writers, and Lewis himself, was thus drawing in fact not only from classical eudaemonism, but also from a distinctively medieval tradition of affective theology, exemplified in Boethius, Francis, Dante, and with special intensity in such late-medieval mystics as Julian of Norwich (one of Lewis’s favorite spiritual writers).

Lewis taught that our natural desires—our yearning that is triggered by our experiences of what is good and beautiful in the world—in fact can lead us toward God. Indeed he insisted that he himself had come to God in this way, so that he called himself an “empirical theist.”[1] He refused to believe that “the ‘vague something’ which has been suggested to one’s mind as desirable, all one’s life, in experience of nature and music and poetry” was “any product of our own minds.”[2] Our sensing self, interacting with the world through not only perception but also desire, leads us toward something real and objective beyond our subjectivity: it leads us toward God. Now, he confessed, with the Pseudo-Dionysians, that sometimes this happened by negative example and by suffering—by the sinfulness in ourselves that we stumble across as soon as we engage fully in that natural mode and world—as Gregory the Great had also taught. But this, too, was a mechanism of desire: we desire not to suffer and be sad, so we reach out to the God who forgives sins, heals hearts, dries eyes.

The positive form of the principle of desire may be found everywhere in Lewis’s life—even peeking out before his conversion, in his rich imaginative life and his appreciation for common, everyday things. From his first Oxford friend, A. K. Hamilton Jenkin, he got, as he put it, an “education as a seeing, listening, smelling, receptive creature.” Walking about with Jenkin, he learned “in a squalid town to seek out those very places where its squalor rose to grimness and almost grandeur, on a dismal day to find the most dismal and dripping wood, on a windy day to seek the windiest ridge,” and so “rub one’s nose in the very quiddity of each thing, to rejoice in its being (so magnificently) what it was.” (199)

This is the attitude of a man traveling the Affirmative Way to God, sensing what is best in Creation and rejoicing in these things as reflections of God’s glory. He kept this attitude until the end of his life. In 1962, in a letter to “the American lady,” he mused wryly that his body had now become like an old car, in which “all sorts of apparently different things keep going wrong.” He confessed that he had “a kindly feeling for the old rattle-trap. Through it God showed me that whole side of His beauty which is embodied in colour, sound, smell and size.”

This Affirmative understanding takes its most exalted form in Lewis’s portrayal, in That Hideous Strength, of how even a sanctified sexuality can play a role in bringing us to wholeness. In that book’s culmination, in a way that harkens back to Dante’s Beatrice, Lewis shows us Mark Studdock returning to spiritual health and integrity as he joins with Jane in the marital bed, under the joyous superintending of Venus come down from the heavens.

Then there is the sermon titled “Transposition,” in which Lewis says that in fact only our natural experiences can lead us to God, for we have no other mode or vocabulary with which to understand him. Humans vis-à-vis divinity are like “flatlanders”—people living in a wholly two-dimensional world—straining to relate to the three-dimensional world. It is finally only our prosaic experiences in our merely natural world, and the words and concepts we form to describe that world, which lead us upward, breaking us through our limitations and showing us—in a dim and imperfect way—that other divine, supernatural world for which we have yearned all along.

Again, if we accept that ordinary things can lead us to God—a belief Lewis seemed to arrive at by temperament, literary taste, and philosophical commitment—then we must affirm that our bodily desires have a positive function in God’s economy of salvation: In his sermon “The Weight of Glory,” Lewis told his hearers that our problem is not that we desire too much, but that we desire too little. In fact, he insisted that “unselfishness” (or more explicitly, the denial or abandonment of self) is a dangerous virtue for Christians to make the highest one:

“If you asked twenty good men to-day what they thought the highest of the virtues,” said Lewis, “nineteen of them would reply, Unselfishness. But if you asked almost any of the great Christians of old he would have replied, Love. You see what has happened? A negative term has been substituted for a positive, and this is of more than philological importance.” Of course, Lewis goes on, the New Testament does contain injunctions to “deny ourselves and take up our crosses.” But, he insists,

“nearly every description of what we shall ultimately find if we do so contains an appeal to desire. If there lurks in most modern minds the notion that to desire our own good and earnestly to hope for the enjoyment of it is a bad thing, I submit that this notion has crept in from Kant and the Stoics and is no part of the Christian faith. Indeed, if we consider the unblushing promises of reward and the staggering nature of the rewards promised in the Gospels, it would seem that Our Lord finds our desires, not too strong, but too weak.”

[1] In writing a preface for the third edition of his Pilgrim’s Regress, Lewis makes this explicit: “‘I knew only too well how easily the longing accepts false objects and through what dark ways the pursuit of them leads us: but I also saw that the Desire itself contains the corrective of all these errors. The only fatal error was to pretend that you had passed from desire to fruition, when, in reality, you had found either nothing, or desire itself, or the satisfaction of some different desire.” “Lewis, preface to the third edition of The Pilgrim’s Regress, 9.” (Barkman, 90)