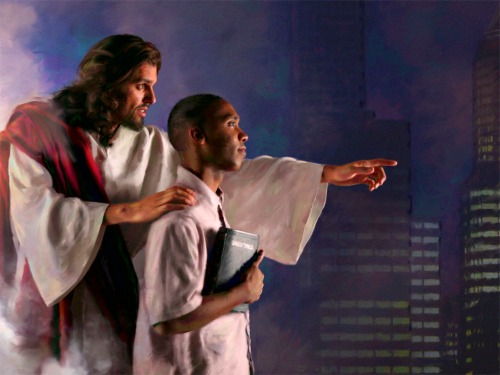 To begin to understand the barrier that stands between us and medieval wisdom, consider this vignette: a snapshot from the period that defined American evangelicalism more than any other: the Victorian era.

In 1850, Methodist laywoman Phoebe Worrall Palmer published a book called The Way of Holiness. In it, she said this about the traditional Methodist teaching of sanctification: “Yes, brother, THERE IS A SHORTER WAY! O! I am sure this long waiting and struggling with the powers of darkness is not necessary. There is a shorter way.”

These would turn out to be momentous words for nineteenth-century American evangelicals. Already by that year a flood of church leaders, including several Methodist bishops, had for over a decade been visiting Palmer’s New York City parlor to attend her “Tuesday meetings for the promotion of holiness.” And within a decade more, her “holiness movement” would jump denominational lines, initiating Presbyterians, Quakers, Baptists, and Episcopalians into this optimistic creed.

The essence of Palmer’s message was this: No more would Christians have to pursue the fraught and painstaking path to sanctification taught by John Wesley (reminiscent of the slow and agonizing path to conversion once trod by English and American Puritans who had influenced Wesley). Now by simply gathering their resolve, making a single act of consecration, and “standing on the promises”—certain Scripture texts that seemed to hold out entire sanctification as an attainable reality—they could enjoy total freedom from sin.

This message galvanized a generation and set a tone for evangelicalism that continues to ring out today. It may be fair to say that the teaching of a “shorter way to holiness,” whether in Palmer’s more Wesleyan formulation or in the Reformed-influenced “higher life” variations introduced later in the century, was the single most prominent and widespread movement among postbellum and Gilded Age evangelicals. It swept across the nation’s West and South like a sanctified brushfire, birthed new denominations such as the Nazarenes and Christian Missionary Alliance, fed the all-consuming fervor of temperance activism, and laid the groundwork for the Pentecostal movement of the following century.

Why? What made Palmer’s “shorter way” such a natural fit for evangelicals in their century of growth and social prominence? And what does this have to do with the project to recover past wisdom in the church?

I’d like to suggest that the essence of this teaching, so essential to the formation of modern American evangelicalism, may be found in one word: Immediatism.

What do I mean by this? This is something I tell my students never to do – but I want to offer a dictionary definition; or rather, several, as they appear in the unabridged online Merriam-Webster:

The first definition listed for “immediatism” is “immediateness,” which Webster’s defines as “the quality that makes something seem important or interesting because it is or seems to be happening now.” I would relate this to what C S Lewis calls “chronological snobbery,” or what we might simply call an obsession with novelty. I think we can recognize that in the evangelical movement.

The second definition offered is “a policy or practice of gaining a desired end by immediate action.” I would relate this to a syndrome of pressurized pragmatism, which Alister McIntyre has identified as the chief cause of many American ills, militating as it does against careful reflection on accumulated wisdom. I take the temperance movement as nineteenth-century evangelicalism’s Exhibit A, illustrating the sort of silver-bullet solution to all social problems offered by many evangelical social causes of that day – and many today. Get people to stop drinking, and it will fix all our problems. Take these three simple steps, and your church will grow.

The third definition of “immediatism” follows: “An epistemological theory that views the object of perception as directly knowable.” I would relate this to Scottish Common-Sense Realism – the epistemological mother’s milk of 19th-century evangelicals, which allowed its devotees to bypass all mediating traditions and interpretations and go directly to the supposedly common-sense meaning of Scripture. The typical one-page faith statement used by evangelical organizations and churches today is a legacy of this intellectual immediatism or “shorter way.”

Now for our purposes I offer a fourth definition, which though it amounts to a new coinage, works etymologically and fits hand-in-glove with the first three definitions: I want to say that the immediatism of American evangelicals is also “a way to God without mediation.” I would relate this to both the “heart religion” modern evangelicals have inherited from the Pietists and the related impatience with all priestly and sacramental mediation bequeathed to us by the Puritans.

I will argue that among evangelicals, immediatism in the first three senses: love of novelty, pressurized pragmatism, and common-sense epistemology, both support and are supported by immediatism in this fourth sense.

This fourth sense of immediatism is, I believe, the most potent and ingrained idea that stands between today’s evangelical Christians and the wisdom of the medieval: Our fancy that we may always, in every daily need and difficulty, go straight to the throne of God and receive both a direct and emotion-inflected sense of his presence and clear, divine answers to our questions and problems. Or rather, our fancy that this unmediated, individual access is the only kind we need – to be set against all priestly, institutional, or material mediation. The revivalist heritage of modern evangelicals tells us that we can and indeed must access God directly, coming to his throne without consulting any human, or any “human-made traditions” of liturgy, catechism, discipline, or doctrine.

If I am right about this, then an open exploration and application of truths and practices from the medieval period requires from modern evangelicals a new stance toward faith that goes against our deepest inclinations. To move toward medieval wisdom is to swim against a powerful immediatist undertow. For this direction is not the “shorter way” by any stretch. It is a way that requires long and careful study, wise cultural adaptation, and habituation to new rhythms of worship and life. This book takes C S Lewis as guide, recognizing his considerable wisdom. And it launches only in the most preliminary way the long study that would be required truly to benefit us today. But even a small launch such as this may prove valuable . . .