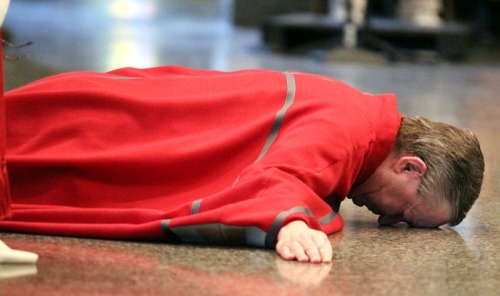 The impact of immediatism on reclaiming past wisdom

Let’s pause to take an example of how these immediatist values have already prevented the contemporary church from accessing the wisdom of the past. In recent interviews with Richard Foster, Dallas Willard, and others involved, in the last few decades, in trying to woo modern Christians to ancient disciplines and understandings, I heard the same refrain repeatedly: that “spiritual disciplines” movement seems to have stalled out. Why?

First, discipline requires, by definition, submission. Still marked by the antitraditionalism and pragmatism of their fundamentalist roots, evangelicals seem by and large unwilling to submit their spiritual growth to anything that looks like a mediating practice or tradition. True, many evangelicals have been opened to the riches of Christian spiritual tradition, but like their ecclesiology, these experiments seem to have been mostly an ad-hoc adjunct to the central experience with God.[1]

As an example, in his many books on worship, Robert Webber offered evangelicals a way to incorporate the liturgies of the historic Church through a simple order: The Gathering, the Word, the Table, and the Dismissal. He also recommended a restored commitment to the sacraments, especially the Eucharist, as part of the weekly worship event. Such liturgical borrowings open up a greater role in worship for ritual gesture, symbol, and visual art, which point (as they always have) to spiritual realities beyond themselves. They allow evangelicals to “capture the mystery and transcendence of God in a way that modern forms of Protestant worship do not” and, by reentering historic practices, to stress the unity of the church.[2] But they also require liturgical leadership – what looks suspiciously like sacerdotal mediation. And they tend to require material mediation – which looks like sacramentalism.

Second, the attempt at spiritual ressourcement led by Richard Foster, Dallas Willard, Eugene Peterson, and their ilk, has insisted that words – preaching, instruction – are simply not enough. As Willard put it in his 1990 Spirit of the Disciplines, “The gospel preached and the instruction and example given” to evangelical congregations “simply do not do justice to the nature of human personality, as embodied, incarnate.” Willard contrasts this situation to “the secret of the standard, historically proven spiritual disciplines,” which is that “they do respect and count on the bodily nature of human personality. . . . They show us effectively how we can ‘offer our bodies as living sacrifices, holy and acceptable unto God’ and how our ‘spiritual worship’ (Rom. 12:1) really is inseparable from the offering up of our bodies in specific physical ways.”[3] Customary evangelical modes of Christian living were simply not enough, they “did not even,” as Willard says, “take life—our lives, the ordinary minutes and hours of our days—seriously in the process of redemption.” But this, of course, raises the red flag of sacramental mediation.

Some have overcome their nervousness about sacramentalism and “Romanism” enough to walk a ways down this more embodied road. However, Willard identified a lack of holism between our biblical and theological understandings and our understanding of embodied spiritual practices.

The latter, he said, have essentially been ghettoized in the seminaries. Typically (and this is true at Bethel as elsewhere), “spiritual formation” is given a place to call its own in the seminary, but it has never been welcomed or integrated in biblical studies or theology. The problem, I suggest, is that evangelical culture and especially evangelical higher education is still marked by that intellectual immediatism of nineteenth-century commonsense realism. It seeks the shortest, most “immediate” line between Scripture and practice. Faced with the tenuous and complex relationship between the Bible and early church practices (ascetic and sacramental, to take just two examples), it has hesitated to do the hard theological work necessary to make the connection. And that, in our colleges and seminaries, is the kiss of death.

Third and more specifically, since Kathleen Norris’s Cloister Walk, evangelicals have become fascinated with monasticism. They have sought to understand it and mine it for their own purposes, and have even sought oblate or other third-order status related to existing monastic communities. Usually, however, even when founding their own “new monastic” communities (which are a horse of much more activist, outward-focused color than ancient monasticism, as you probably know), they have stopped short of the kind of radical communal accountability that has always been Benedictine monasticism’s beating heart.

I’ve seen this repeatedly in my students’ encounters with the principle and notion of stability within the Benedictine tradition (that is, the demand in Benedict’s Rule that the monk vow himself to a single community for his entire life). It is something they yearn for, but they balk at the commitment. Why? I think it is because to commit to a single religious community is to admit that we need that community as a mediation to God. And their fundamental immediatism won’t allow them to submit to that – they believe they can always go directly to the throne.

Fourth, the “Emerging church,” in search of Christian authenticity against acculturation of the church, has dabbled with the materials of tradition—from candles to labyrinths to the lectio divina. But with its postmodern sensitivity to power dynamics and fear of having the church associated with any form of power, sacerdotal, even sacramental, forms of mediation have remained well beyond the pale. Worship forms and spiritual forms that were once (in the early and medieval church) authoritative are now, in the hands of the Emerging crowd, nothing but tools for romantic individualism, to be wielded at will—even at whim.

[2] On this, see for example Christianity Today editor Mark Galli’s Beyond Smells and Bells: The Wonder and Power of Christian Liturgy (Brewster, Mass.: Paraclete, 2008); Robert Webber, Evangelicals on the Canterbury Trail: Why Evangelicals Are Attracted to the Liturgical Church (1985; New York: Morehouse, 2012).; Robert Webber, “The Convergence Movement,” The Christian Century 99 (1982), quoted in Redman, Great Worship Awakening, 78-80; Towns and Whaley, Worship through the Ages.

One response to “Introducing Medieval Wisdom: An Exploration with C S Lewis – part 7: Impediments to ressourcement”