If God really does work through our economic work – then what do we do about that? 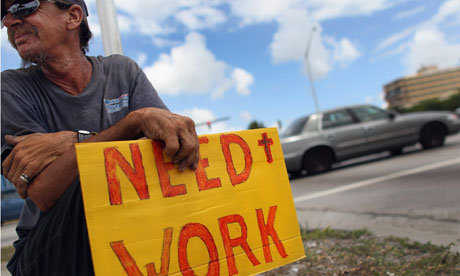 Over the past week or so, we’ve done a rapid survey of the New Testament, the early church, and the medieval church on faith, work, and economics, and then settled into the massive changes wrought by the industrial revolution of the late 18th through late 19th centuries, looking at that era through the eyes of John Wesley and some key industrialists.

I’d like to suggest now that just as the industrial revolution left in its wake many kinds of social misery as workers left the moral and spiritual boundaries of the Christianized towns of the West and tried to navigate the tempting and alienating cities, we are again today seeing economic dislocation, social misery, and a loss of moral moorings. And Christians must address these realities – not exclusively through charity (though the worst of the current social problems do demand this), but also – and more importantly – through economic action grounded in economic understanding.

As Greg Forster has said, “The economy is a moral system, a web of human relationships in which each person’s work benefits others through a vast system of exchange.” Pure and simple, there are good and bad ways of behaving in this system. And over the past decade or two, we’ve seen plenty of the bad: greed, fraud, hedonism and conspicuous consumption, addictive spending and spiraling debt have destroyed thousands of lives and made many others miserable, reducing their created dignity as bearers of the image of God.

And just as church leaders such as John Wesley and business leaders such as the Guinnesses, Welches, as well as the dissenter Josiah Wedgwood and the Quaker Cadburys and Rowntrees (also stories worth knowing, and told clearly and powerfully in Jennifer Woodruff Tait’s excellent article “Godless Capitalists?” on p. 33 of Christian History Issue #104: Christians in the New Industrial Economy) sought to restore human dignity to those caught in economic and moral distress, so today we need leaders – both lay and pastoral – who can “discern the times” and respond appropriately. 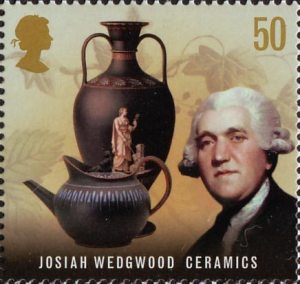 In Forster’s words, “we need a new generation of entrepreneurially minded business leaders who use their Christian perspectives to identify better ways to operate. We need pastors and church structures to form, train, and prepare us to live out Christianity in the earthly economy.”

If we can figure out how to do this, then it will not only be good for us morally and spiritually, it will be good for us materially as well, just as the businesses of those 19th-century Christian industrialists were more productive because they were more humane – and in fact they were also more humane because they were more productive. These are the kinds of impacts that we could have if we set out to act in the economic sphere in the belief that by doing so, we are working with God for human flourishing.

a place to start: seeing the value of ordinary work

Most churches are good at figuring out what to do with their congregations during the hours on Sunday morning in which they have a captive audience. But what about the rest of the week? What does the church have to say about the struggles and joys, trials and triumphs, and inherent worth of our working lives?

“The average person will work 100,000 hours in their lifetime,” says Jeff Van Duzer, dean of the Seattle Pacific University School of Business and Economics. “This seems like an enormous waste if it’s spent doing fundamentally meaningless things whose only value is a paycheck.” To be sure, many Christians develop, at some point in their lives, a sense that daily work does indeed matter to God. And eventually, some come to understand that, as we’ve seen, their own work complements God’s work — the six days of creation, the redemptive love of Jesus, the ushering in of new heavens and new earth. God sustains the world, but God’s creatures do their part in caring for it as well.

But does the church have anything more profound to say about the value of work? Princeton scholar David Miller explores this question in his 2006 book God at Work: The History and Promise of the Faith at Work Movement. As Miller explains, the 1980s saw an explosion of books, magazines, conferences, networks, and organizations focused on putting the two halves of life together: worship and “the other 100,000 hours.”

Significantly, these efforts have been almost entirely led by lay people. Evidence of churches, denominations, or theological educators helping the laity see work as a daily calling is still thin on the ground. “Sermon topics, liturgical content, prayers, and pastoral care rarely address — much less recognize — the spiritual questions, pastoral needs, ethical challenges, and vocational possibilities faced by those who work in the marketplace and world of business,” Miller says.

This entry was posted in Work with purpose. Bookmark the permalink.