Yes, even New Years resolutions have a Christian history 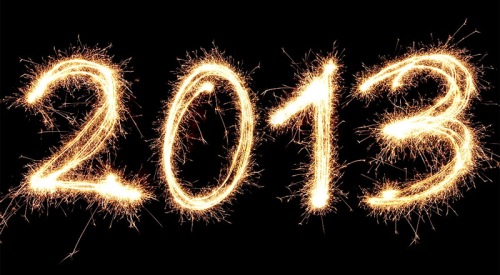 Early in my training as a church historian, I learned the important fact that here in the West, pretty much everything has a Christian history. So I wasn’t surprised to find that New Years resolutions are rooted in old Christian practices too. Here’s what I discovered about the subject. Enjoy, and Happy New Years!

All of this I was beginning to discover in 1994, at age 31, as I moved on from both my Christian tutelage in the charismatic movement and my secular vocation in corporate communications to the full-time study of church history END_OF_DOCUMENT_TOKEN_TO_BE_REPLACED

As the editorial team for Christian History & Biography was preparing our issue on the Anabaptists in America (Amish, Mennonites, Brethren), a bizarre new reality show hit TV screens. The show, which threw a group of Amish teenagers into a west coast “party house,” had an interesting squirm factor:

“Knock, knock.” “Who’s there?” “The Amish.”
UPN’s “Amish In the City” shows us our modern selves in a mirror that is positively medieval.
Chris Armstrong

The first encounter between the six city kids and the six Amish kids thrown together in the new UPN reality show “Amish in the City” revealed much more about “us” than about “them”: Though there are winsome characters among the city kids, the first and lasting impression they leave is one of superficiality, fixation on sex and appearance, and deep-rooted self-centeredness. Next to these traits, even the ambivalent residue of communal spirit and Godly anchoring evident in the Amish young people has a tremendously appealing gravitas and sweetness. END_OF_DOCUMENT_TOKEN_TO_BE_REPLACED

Over the next couple of days, I’ll be posting on a few things I learned about the American Anabaptists (in particular, the Amish, Mennonites, and Brethren) while working on Christian History & Biography‘s issue on that topic. This first item, my editor’s note from that issue, reflects on a research trip assistant editor Steve Gertz and I took to “Amish country” during the issue’s planning process:

Shaken Up by the Peace-Lovers
A trip through Pennsylvania’s Lancaster County.
Chris Armstrong

Nothing restores one’s sanity like a little peace and quiet. As my colleague Steve Gertz and I rode through Lancaster County, Pennsylvania in the car of our host Steve Scott, the peacefulness of “Amish Country” refreshed us like a tonic.

Granted, faced with the near-perfect tranquility of the rolling fields, neat houses, and slow-moving black buggies, I did begin to get fidgety—looking around for a manuscript to edit or a layout to proof. But the sensation of being away from the “shot-out-of-a-cannon” life of publishing in the Chicago suburbs was nonetheless a pleasant one. END_OF_DOCUMENT_TOKEN_TO_BE_REPLACED