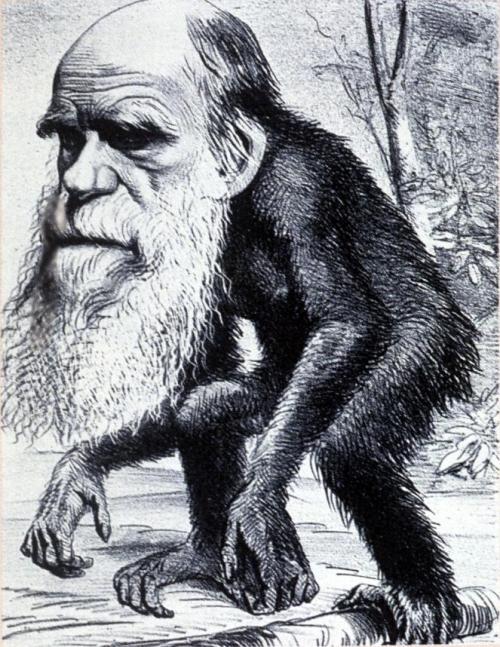 In the domain of religion and science, decisions, actions, attitudes, practices, and conflicts of the present moment require careful assessment for what they mean now and how they may affect the future. Conservative Protestants today, for example, offer many reasons for leaning against or actively combating the consensus of modern scientists concerning evolution. Some of those reasons concern narrowly defined issues of physical evidence or the interpretation of specific biblical passages, while others range to broader issues of theology, philosophy, ethnicity, family order, public education, or government.

To offer historical explanations for the standoff, which this paper tries to do, is not the same as explaining the individual motives of those who engage such issues today. But it is a good way to see that contemporary stances represent an amalgamation of discrete attitudes, assumptions, and convictions, and that the components of this amalgamation all have a history.

The purpose of this paper is to specify fifteen of these attitudes, assumptions, and convictions, to indicate when they rose to prominence, and to suggest how they relate to affect contested issues of science and religion.

Says Jacobs: Anyone who wants to understand, rather than just pontificate about, the strange attitudes many American evangelicals have towards science should read this concise, clear, and authoritative essay by Mark Noll. (PDF)

Says me: I can’t wait to read this. I know it’s gonna be good. If you read it, I’d like to hear your comments.

In the domain of religion and science, decisions, actions, attitudes, practices, and conflicts of the present moment require careful assessment for what they mean now and how they may affect the future. Conservative Protestants today, for example, offer many reasons for leaning against or actively combating the consensus of modern scientists concerning evolution. Some of those reasons concern narrowly defined issues of physical evidence or the interpretation of specific biblical passages, while others range to broader issues of theology, philosophy, ethnicity, family order, public education, or government. END_OF_DOCUMENT_TOKEN_TO_BE_REPLACED

“Do not feed the fundamentalists”: The Smithsonian manages to engage creationists in civil dialogue! Stop the presses!

The Smithsonian’s National Museum of Natural History appears to have posted an invisible warning–perhaps more for its staff than its visitors. The implied sign resembles the familiar zoo warning: “Do not feed the bears!” Only it is not bears that worry the custodians of this temple to science, but rabid creationist fundamentalists.

What surprises scientist and Huffpost writer Alan I. Leshner is not so much that creationists go to the museum’s exhibit of early hominids as that the museum manages to draw them into (gasp) civil dialogue. Here’s a bit of his take from the article:

The exhibit — including a wealth of physical evidence, from fossilized skulls to stone tools — reveals without ambiguity how hominids have gradually evolved over millions of years. Of course, this evidence stands in sharp contrast with the creationist view that God created the Earth and all its inhabitants, virtually simultaneously, between 6,000 and 10,000 years ago. END_OF_DOCUMENT_TOKEN_TO_BE_REPLACED

Fundamentalism since the 1970s: An in-depth article

The following is a narrative and analysis of fundamentalism since the 1970s. I wrote it for Charles Lippy and Peter Williams’s Encyclopedia of Religion in America, just published last month.

The basic argument of what follows is this: Fundamentalism in America changed after the 1970s–perhaps so much that the word “fundamentalism” is no longer appropriate for what it became. In that decade, the movement began a tectonic shift from protecting theological truths in infra-denominational fights to guarding “Christian morality” in a nation specially chosen by God.

To be sure, “correct” views of the person of Christ and his atoning work, along with vividly detailed end-time scenarios, have continued to occupy an important place in the movement, but these things are not what the “new fundamentalists” are most centrally about. No, they have seen America locked in a battle with a secularizing juggernaut, and they have rushed to take up the “arms” of pragmatic political measures and boundary-breaking religious alliances in order to gain the upper hand.

From the year 1980 on, the majority of those who took upon themselves the mantle of historic fundamentalism have sought to shore up family values, sexual mores, and biblical views of creation rather than orthodox doctrines and denominational power. And although this may look like a completely new direction compared with the emphases of fundamentalism’s formative decades (the 1920s – 1950s), I argue that it is, rather, a natural development from the earlier movement’s characteristic concerns.

These are not your mom and dad’s fundamentalists.

This is their story:

As the decade of the 1980s opened, friends could rejoice, and opponents warn, that in the words of the historian Martin Marty, fundamentalism was now “back with a vengeance.” This time, however, the opponent was not theological liberals within the denominations, but secularizing forces within the nation. END_OF_DOCUMENT_TOKEN_TO_BE_REPLACED

Six things I learned while writing about contemporary fundamentalism

Six Things I Learned While Writing about Contemporary Fundamentalism

Including why a movement planted in the North came to full flower in the South and the reasons real fundamentalists called Jerry Falwell “pseudo.”

A few months back I wrote the chapter-length essay “Fundamentalism: Contemporary” for the forthcoming Encyclopedia of American Religion, edited by Charles Lippy and Peter Williams (CQ Press/Gale). And six things about the American Protestant fundamentalism of the past few decades jumped out at me with new clarity. END_OF_DOCUMENT_TOKEN_TO_BE_REPLACED

Do ecumenism and culture-engagement lead to a loss of the gospel? Let’s put this to a historical test (article previously posted at Christianity Today’s history blog):

The vision of John Comenius and the story of the Unity of the Brethren give us a good way to test a hypothesis.

History is a great place to go to test “slippery slope” arguments–claims that “Questionable Belief or Practice A” will inevitably lead us to “Horrifying Situation B.” One way to answer the argument is to appeal to precedent: “Let’s look back and see whether things like ‘A’ have led to situations like ‘B’ in the past.”

These days evangelicals with a heart for (1) ecumenical dialogue, (2) liberal education, and (3) cultural engagement are being told by fundamentalist watchdogs that they are leading good, faithful, Bible-believing people straight down the road to “liberalism.”

Let’s put this to a historical test. END_OF_DOCUMENT_TOKEN_TO_BE_REPLACED

This is a continuation of this article and this article–all of which come from a talk I gave to a group of medical residents at a Twin Cities hospital. Portions of what follows are adapted from the essay on evangelicalism in the excellent Dictionary of American Christianity (Intervarsity Press). This part of the article sketches fundamentalism, the “neo-evangelical” movement of the 40s, and developments since then.

In the late 1800s and early 1900s, vast immigration of non-Evangelicals, including millions of Catholics and Jews, worked a demographic change, especially in America’s urban centers, where many of these immigrants settled. Political power, ethnic pluralism, industrial strength, media coverage, and liberal lifestyles were all concentrated in the cities.

Trends in scholarship and higher education also contributed to the social and intellectual dethronement of evangelicalism in America. The two chief trends here were the German historicist to biblical scholarship called “higher criticism” and Darwin’s naturalistic theory of evolution, that called into question God’s both designing providence and indeed the need for a personal, creating God at all. From interpreting their lives in Christian terms of creation, miracles, and new birth, millions of Americans began instead to see their place in the world in naturalistic terms of process, progress, and evolution.

This all came to a head famously in the clash between the old, rurally-concentrated evangelical order, and the new, urban secularized order at the so-called “Scopes Monkey Trial” in Dayton, Tennessee. Here, battle lines were drawn over the teaching of evolution in America’s public schools. END_OF_DOCUMENT_TOKEN_TO_BE_REPLACED

Creeds and fundamentalists: nourishing or poisoning the church?

Over at Scot McKnight’s Jesus Creed blog, a 4-part series has just wrapped up on Harvey Cox’s new book The Future of the Faith. In a summary of the book, “RJS” outlines this former liberal’s not-surprising attitude toward the development of creeds in Christian history. Essentially, for Cox, the Council of Nicea marked the end of true Jesus-religion and the beginning of heirarchical, coercive religion.

While I understand the issue here and agree that the institutionalization of the church was unfortunate in some respects, I think Cox, and many others, miss the point of the creeds.

RJS writes that Cox extends his critique of creedal Christianity into the 20th and 21st century by having a go at that tired old whipping post, “the fundamentalists.” If you want a vivid example of this from within the evangelical fold, check out Roger Olson’s acid rendering of that movement in his Story of Theology. Although Olson captures much that is correct about the movement, I think his critique, and Cox’s less-informed critique, is overdone and in some senses downright wrong. It assumes that fundamentalism is about nothing more than mental assent to propositional formulae. I just don’t buy that.

Thus I responded with a couple of comments on the review of Cox’s book. You’ll find them here, in the comments section, #25 and #27. I’d be interested to hear your perspectives: feel free to weigh in, either there or here.