Beyond labels: Alan Jacobs defends three “potentially conservative” ideas, not caring whether he is actually “a conservative” 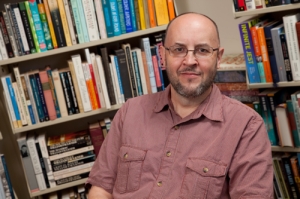 Here’s how he starts off:

Am I a conservative? Heck if I know. All I know for sure is that the good people here atThe American Conservative are interested enough in what I have to say to give me a platform on which to say it. For which I am genuinely grateful.

I am not and never have been a Republican. I feel roughly as alienated from that party as I do from the Democratic Party. I hold a number of political views that strong-minded Republicans typically find appalling: I think racism is one of the greatest problems in American society today; I am not convinced that austerity programs are helpful in addressing our economic condition; I am absolutely convinced that what many Republicans call free-market capitalism is in fact crony capitalism, calculated to favor the extremely wealthy and immensely powerful multinational corporations; I think that for all of the flaws of Obamacare, it was at least an attempt to solve a drastically unjust and often morally corrupt network of medical care in this country; I dislike military adventurism, and believe that our various attempts at nation-building over the past decade were miscalculated from the outset.

So is there any sense in which I might plausibly be called a conservative? I don’t really know; I’ll leave that to others to decide. It doesn’t really matter to me whether I fit into any pre-existing political or intellectual categories. I can only say this: that I do have three overarching political commitments (or beliefs, or convictions) that are more important to me than any others.

Jacobs goes on to articulate three stances that he holds that may be considered “conservative”: (1) a consistent pro-life position, (2) support for the principle of subsidiarity in political and social thought, and (3) need to interact with tradition/the past.

I have a great deal of sympathy with the positions Jacobs identifies here. I am especially delighted to see subsidiarity articulately described and defended. I am with Novak, Nisbet, Chesterton, Belloc, certain encyclicals, and others on the necessity of protecting folks from “the ravishments of the centralized political state” (Nisbet). I also find this a powerful statement of one of our most urgent current tasks: “A great deal of suffering in America today is caused by the evacuation of intermediary structures: the church, the family, voluntary organizations. These intermediary structures are in desperate need of renewal and that can only happen if there is a systematic shift of power, wealth, and influence from state and national governments to local units.”