C. S. Lewis on pagan philosophy as a road to Christian faith 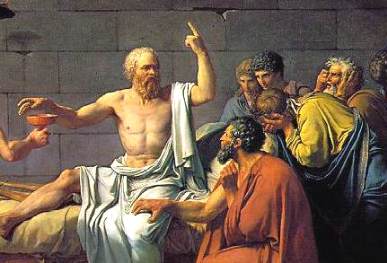 In our last post from the “tradition chapter” draft of my forthcoming Medieval Wisdom: An Exploration with C S  Lewis, we saw that Lewis and the medievals shared a deep appreciation for the wisdom of the pagan philosophers. Was this some antiquarian hobby for Lewis, like collecting old stamps? Here we dig deeper: what possible use could the old philosophers still have for us today?

It is hard to overstate how much Lewis valued pagan knowledge. He had been told as a boy that “Christianity was 100% correct and every other religion, including the pagan myths of ancient Greece and Rome, was 100% wrong.” But because he had already encountered the wisdom of the philosophers, he found that this insistence on the opposition of Christianity to paganism drove him away from, rather than toward, the Christian faith. As it turned out, he abandoned his childhood faith “largely under the influence of classical education.”[1]

It was to this experience of valuing philosophy highly and then being told that Christianity must supplant it that Lewis owed his “firm conviction that the only possible basis for Christian apologetics is a proper respect for paganism.” END_OF_DOCUMENT_TOKEN_TO_BE_REPLACED