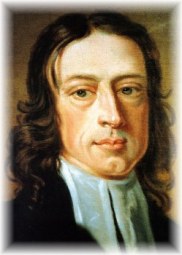 This was the time of nascent industrialization, which aggregated human labor into factories, removing it from the town-based communal settings of homes and shops and catapulting it into the large-scale settings of cities, whose rapid growth resulted, especially in the century after Wesley, in terrible social problems. Like a great landslide, the revolution swept away centuries of solid economic and social ground, leaving Western workers alienated and bewildered. Even already in Wesley’s time, abusive treatment of laborers spurred angry strikes and violent riots.

In response to these upheavals, said some historians, middle-class Methodist leaders led their working-class devotees to seek eternal, rather than temporal, solutions to the difficulties they faced—lulling them into a “pie in the sky spirituality” while they worked passively for their exploitive bosses—never challenging that exploitation or pushing back to better their condition.

This portrait of Methodism, while still influential even today, is flawed in several important ways that go to the heart of Methodist founder John Wesley’s theology of vocation.

While Wesley claimed that Christians ought to preach repentance often and politics rarely, except when necessary to defend the king, he was actually not shy about addressing social and economic injustice. Though he was a Tory – typical for his upper-middle-class, Oxford-educated status, he spent his life working among the laboring classes of English society. And as he saw first-hand the structural causes of their miseries, he did not hesitate to indict their abusers. His tract “Thoughts on the Present Scarcity of Provisions,” for instance, claimed that the poor were hungry because of the influence of “distilling, taxes, and luxury.”

In many respects John Wesley had the sensibility of a pious businessperson—a melding of the devout establishment Anglicanism of his father; the hard-working, disciplined dissenting Puritanism of his mother; and the broad cultural perspective of his Oxford education. Out of this background, Wesley taught a salvation that was not just a “way to heaven” but also a “way on earth”: get the heart in order, and good, ethical actions will follow—in enterprise as well as church, home, and civic life. The soul of Wesley’s teaching was his refusal to abstract the spiritual from the material and social dimensions of human life.

You may suspect me of papering over some important distinctions here, trying to make Wesley a “pro-business” figure. The question is a complicated one. Like Jesus and the gospel writers, the founder of Methodism was deeply concerned about the love of money becoming an idol. He insisted that a Christian should refuse to lend money at unreasonable rates or to borrow when the ability to pay back is uncertain.

But at the same time, Wesley did promote economic work as a means to human thriving. With his focus always especially on the poor, he insisted that Methodists educate themselves – that they improve their minds and learn new skills as a means to serving God in the world. He taught that despite obvious abuses, industry was a positive good. He encouraged his followers to “earn all you can, save all you can, and give all you can.” He recognized that in the hands of faithful men and women, money could become food for the hungry, drink for the thirsty, clothing for the naked, rest for the traveler, support for the widow and the orphan, defense for the oppressed, health for the sick, even life for the dying. He would have affirmed modern faith & work teacher Tom Nelson’s observation that in order to heal the waylaid stranger and put him up at the inn, the Good Samaritan needed to have both compassion and economic capacity.

Wesley stood with James: “faith without works was dead.” And with Paul: “make it your ambition to live a quiet life . . . work with your hands . . . so that your daily life may win the respect of outsiders and so that you will not be dependent on anybody.” His was a pastoral theology of human dignity and compassion that laid a firm Christian foundation virtuous action in workplace and wider society alike.

In response, the early Methodists were not the cowed factory slaves some historians have taken them to be, bowing meekly to the dictates of ministers who were in cahoots with the managerial classes, preaching responsibility, sobriety, and self-control to mold their followers into docile, sober, industrious factory workers. While these were certainly common Methodist sermon themes, it was most often layfolk who preached them to their peers.

The early Methodist lay preachers celebrated the solid, responsible working virtues that (along with the Gospel) had transformed their own lives, bringing them material as well as spiritual well-being. So, for example, many of the bosses in the mines of Cornwall were also Methodist preachers proclaiming a broad and humane gospel that included powerful messages of respectability and self-improvement.

A typical representative of this message was the early nineteenth-century Methodist theologian Richard Watson, who taught that a true Christian turns “darkness into light, confusion to order, shamelessness to character, squalidness to decency, prodigality to frugality, improvidence to foresight, and sloth to industry.”

The Methodist movement in industrial-revolution-era England attracted many of their worshipers precisely through this offer of a more purposeful, disciplined way of life. The early Methodists didn’t look much like the caricature of naïve sheep who were “so heavenly minded they were no earthly good.” Instead, they responded to the Methodist gospel at least in part because they found the industriousness and financial prudence it contained to be a solid means to escape poverty as well as improve their character. Certainly, Wesley and his Methodists did sometimes resist the new industrial order. But at many other times, they embraced it—for reasons they found altogether consistent with the Gospel of Jesus Christ.

So back to our second question: Does becoming a good Christian worker in a sometimes exploitive world mean sacrificing social conscience for placid obedience, and prophetic witness for financial security? Wesley and the early Methodists show us a different way – a way of prudence and responsibility that nonetheless also addresses social injustice and oppression.