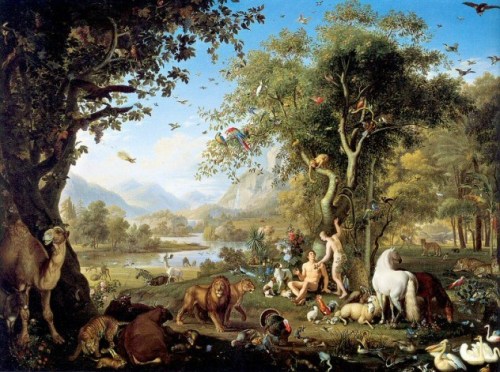 In this post from my forthcoming Medieval Wisdom: An Exploration with C S Lewis, we look at the important lesson from Christ’s Incarnation that Lewis draws for us in his science fiction novel That Hideous Strength.

Another facet of the Incarnation that captivates Lewis is the way that it ennobles our humanity – even our very materiality. To try to abstract mind from body, spirit from matter is to commit the gnostic error and destroy (be false to) what we truly are as human beings. That Hideous Strength shows us in imaginative form how modern technocrats (the National Institute of Coordinated Experiments or N.I.C.E.) might try to eliminate that crucial materiality in a Gnostic quest for pure spirit. N.I.C.E.’s agents, in the attempt to eliminate the bodily—in fact, all biological life on earth—and retain only mind, lose their morality and their very selves. A sample of the dialogue gives a sense of the chilling vision at work here:

“And what is the first practical step?” [asks Mark Studdock to Feverstone, whom he is trying to impress in his effort to be counted one of the “inner circle”].

“Yes, that’s the real question. As I said, the interplanetary problem must be left on one side for the moment. The second problem is our rivals on this planet. I don’t mean only insects and bacteria. There’s far too much life of every kind about, animal and vegetable. We haven’t really cleared the place yet. First we couldn’t; and then we had aesthetic and humanitarian scruples; and we still haven’t short-circuited the question of the balance of nature. All that is to be gone into. The third problem is Man himself.”

“Go on. This interests me very much.” END_OF_DOCUMENT_TOKEN_TO_BE_REPLACED

C S Lewis on mercy and healing, and the paradox of Christian attitudes toward the body 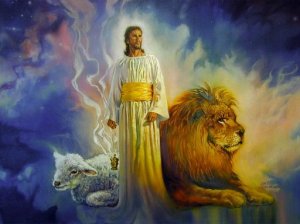 Next bit of the “compassionate ministry” chapter of Getting Medieval with C. S. Lewis. Now we turn to Lewis:

How do the “spiritual” and the “physical” dimensions of the gospel – the good news of Jesus Christ – weigh against each other, and finally, paradoxically, cohere? Here’s C. S. Lewis, articulating the importance of physical ministry and mercy like this. His first word on this encourages those convinced of the importance of ministry to people’s bodily health: “God created the Natural – invented it out of His love and artistry – it demands our reverence.”

So far so good, but Lewis continues, “because it is only a creature and not He, it is, from another point of view, of little account. And still more, because Nature, and especially human nature, is fallen it must be corrected and the evil within it must be mortified.” Oh, dear.

There is a balancing act going on here. Our “essence,” like the essence of all created things (according to Genesis) is good. But there is some mortification, some ascetic discipline, required – for we will go running after “the things of the flesh,” no matter how much we understand that God is our ultimate love and ultimate goal. Our bodies, affected by the Fall, are not an unalloyed good.

Thus Christianity treads a middle way. “At first sight,” says Lewis, “nothing seems more obvious than that religious persons should care for the sick; no Christian building, except perhaps a church, is more self-explanatory than a Christian hospital.” Yet what the Christian hospital shows us is a sort of two-sidedness, a paradox, in Christianity.

Let’s say, Lewis suggests, that you had never heard of Christianity, and you set out to observe and decide what sort of religion this was. First, you would see a long history of quite earthy activities. Lewis knew, as Stark has had to re-teach us, that almost every aspect of the European civilization that grew out of the ashes of the Roman empire was built by the Christian church: “agriculture, architecture, laws . . . healing the sick and caring for the poor,” blessing marriage, the arts, philosophy—and he could have added, as we’ve seen, science.

“If our enquirer stopped at this point,” writes Lewis, “he would have no difficulty in classifying Christianity – giving it its place on a map of the ‘great religions.’ Obviously (he would say), this is one of the world-affirming religions like Confucianism or the agricultural religions of the great Mesopotamian city states.”[1] END_OF_DOCUMENT_TOKEN_TO_BE_REPLACED

Gnostic or hedonist – it all amounts to devaluing Creation 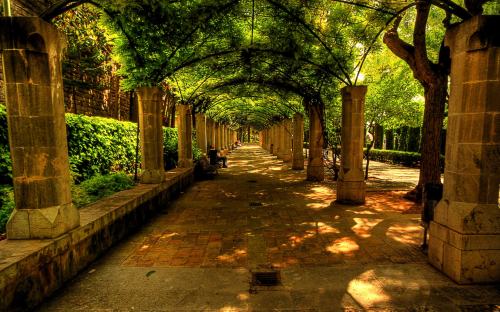 I think I’m well and truly into the Creation chapter of Getting Medieval with C S Lewis. Hoping to have it finished tonight or tomorrow. As with most of the other chapters, I’m starting with a framing of the modern problem(s) to which medieval faith suggests a solution. In this case, we’re looking at two sub-Christian attitudes to material stuff (including rocks, strawberries, gerbils, our human bodies, and all the ways we make culture in our social interactions). I don’t discuss the “medieval” solution yet – that will come in the next couple of posts.

Our issues: Gnosticism and materialism

The early Christian Gnostics disavowed the spiritual significance and goodness of the material world: the world was created not by our God, who called his handiwork “good,” but rather by an inferior sub-god called a “demiurge.” Thus one must set aside the material world if one is to reach God. The world cannot be in any way a channel of Grace – it is rather an impediment to grace.

One online author who is convinced he sees Gnosticism all over the modern church suggests the following tests—a sort of “you might be a gnostic if . . .” The signs of gnostic thinking he identifies are (1) thinking Christianity is about “spiritual” things (only), (2) thinking of our destiny only in terms of our souls going off to heaven, (3) forgetting that “Christianity teaches the redemption of all creation (New Creation) and not evacuation from creation (‘the rapture’),” and (4) believing that God neither gives us material things as means of grace, nor indeed cares about the earth at all – and neither should we.

This syndrome of devaluing the material—sapping it of all spiritual significance—supports a number of modern Christian bad habits. One is the sort of “it’s all gonna burn” end-times scenario indulged in the Left Behind novels. Another is the excuse Baby Boomers (and others) make for the fact that their faith makes no difference in their daily life: “I’m ‘spiritual but not religious.’”[1] END_OF_DOCUMENT_TOKEN_TO_BE_REPLACED

C. S. Lewis and medieval Christians knew our bodies (and sex!) matter theologically – how ’bout us? 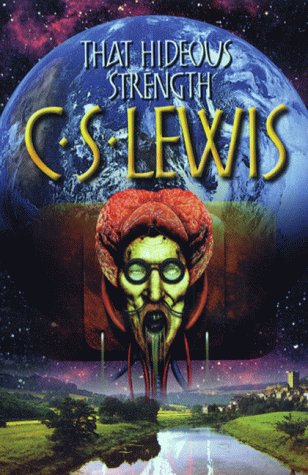 Christ ennobled and raised up all of humanity by becoming one of us. The truest things about ourselves are all areas where we reflect the image of our Creator.

Our embodiedness is important to our life with God both here on earth and at the resurrection (of the body): we receive all we know about God through our bodies, our senses, our experiences. Analogy is more than analogy: it is sacrament; to use a word Lewis used to title a key essay, it is “Transposition.”

To try to abstract mind from body, spirit from matter is to commit the gnostic error and destroy (be false to) what we truly are as human beings.

To speak in quasi-scientific sociological generalities and remove traditional understandings of what human beings are (including our embodied experience), and thereby to destroy traditional morality, is to, in fact, “abolish humanity”–to unmake us as creatures of God, and thus prevent us from reaching God as well (Abolition of Man). END_OF_DOCUMENT_TOKEN_TO_BE_REPLACED

We moderns (and even we postmoderns) love top-ten lists. David Letterman has even managed to prop up a wilting career by providing one daily.

This list reaches fearlessly into the land of the oxymoron – you know, those lovely self-contradictory statements: “jumbo shrimp,” “airline food,” “Microsoft Works™.” The oxymoron for today: “Hot issues in history.”

That was the topic put to me a couple of years ago when my seminary’s sister undergraduate institution, Bethel College, was looking to spiff up the Christian history content of its Western Civ curriculum. Would I come talk to the course’s cadre of professors about what’s “new and exciting” in this field of history? So I took my best shot.

I can’t say my colleagues in the guild of Christian historians are staying awake nights wrestling with any of the following 10 issues. But these are all matters that I’ve recently seen discussed – some of them with some heat – by historically conscious evangelicals. If there is a theme to the list, it is this: How does our history define us, and how should it?